At almost 48 years of age, I finally discovered green beans.

At 51 years of age, I discovered green beans with scrambled eggs for breakfast. But THAT’S a different post for another day!  TIP: even better is green beans dipped in a wet yolk 😉
Green Beans. 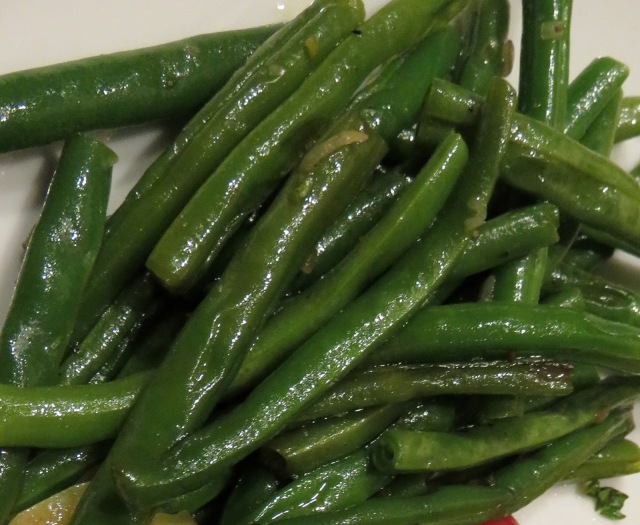 All those years I dreaded going to my maternal grandmothers as I knew we would be snapping, snapping, and still more snapping of green beans from her garden. She would then can a copious amount of beans which meant every dinner we had at her house involved green beans.

Fast forward many, many years … my sister in law was making green beans one evening and had them sitting there, already cooked, just needing to be reheated a little for dinner. They looked beautiful, bright green and smelled heavenly (aka, garlickly).  I told her they smelled yummy and she was like “go ahead and have some, there’s plenty” which at that time, I had to say no thanks, I’m not a fan of green beans.

I was instantly shamed in to trying something that I had said smelled delicious yet wouldn’t give it a try?? Yeah. That’s what it took.  I feel in love with her green beans. 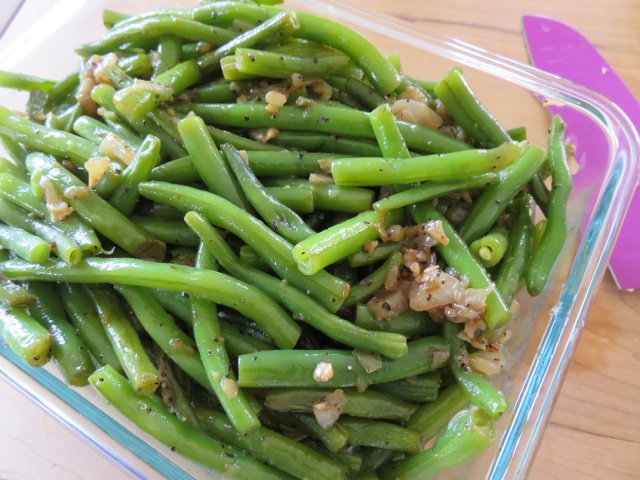 So for a few years, I continued to make them HER way … they were good but had a lot of this and that and wasn’t really a “simple” or “fast” side dish to throw together.
THEN …
I discovered ghee. You know, the clarified butter stuff? Yes, it’s a little pricey, BUT you only use a little bit so it last a LONG time! 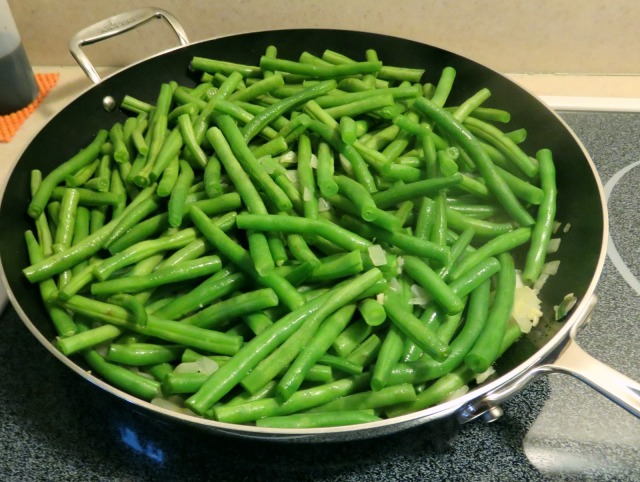 Here’s what you need:

2 pounds of green beans, trimmed and cleaned. Snap the longer ones in half
1/2 onion (any type), finely chopped
1 garlic clove, chopped
salt and pepper
tsp of ghee 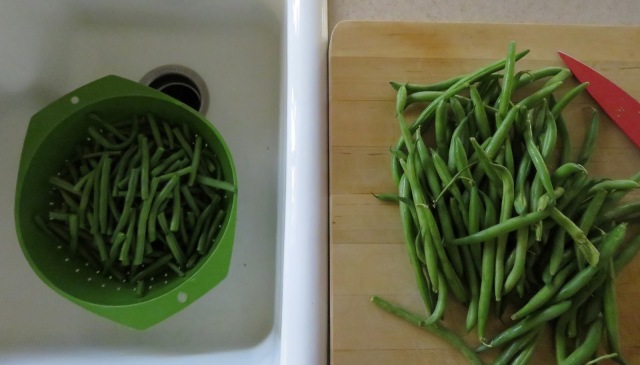 Melt the ghee in a large skillet and then add the rest of your ingredients. Toss to coat all (or at least most) of the beans and then put a lid on it. Allow to cook for 15 minutes or so over medium low heat.

Remove lid, toss the beans again and taste to see if cooked to your desired crunch. I obviously like MINE crunchy.  Once done, remove from pan, add a little more salt and pepper if desired and serve up. 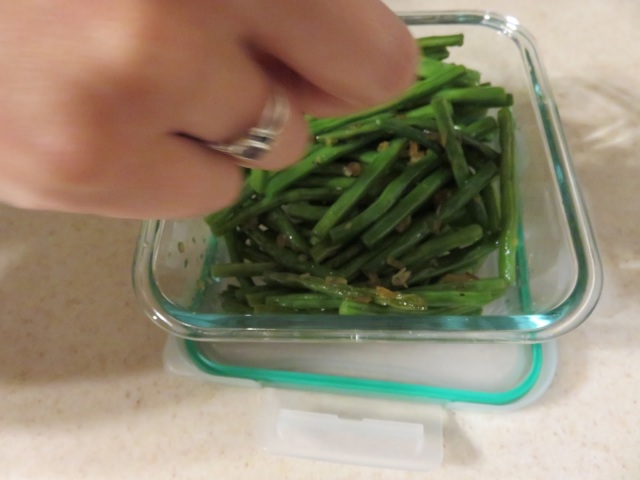 I have to chase the Princess away from my lunch stash!

Looking forward to sharing over at some of these GREAT blog parties!!