Hey hey … it’s that time of the week again AND look at that, we are in April! How did that happen?

So. Did you miss last week’s plan? I did too 😉  I had a menu typed up and ready to go and then life just interefered.  It didn’t help that I had a headache for 4 days straight which finally cleared up on Wednesday. I had to stop taking Advil, Aleve amd  Sudafed as I started to think maybe, just maybe, I was taking too much and that was why it wasn’t going away. Nope, I still suffered for 2 more days after I quit, but thankfully, all gone now. Whew. It was tough.

I did a few trips to the grocery store this past week … the last one, at Walmart, pretty much knocked the budget out of the ballpark. It’s ok though, we have more protein and I feel a little better about the state of our freezers 😉 Hubby, on the other hand, may flip out when he gets home Monday night as our goal has been to eat down what we have for the upcoming, hopefully sooner than later move …

I did a little meal prep work on Saturday AND Sunday 😉 Made the Shallot Chicken on Saturday night (for Monday dinner). Cooked up 2 pounds of ground beef for Taco Tuesday … it was a perfect day to do the prep work because it was overcast and gloomy, but still humid as all get out so pretty much in the house all day long.

Tax season is upon us and I started, finally. It’s been on my list to do for the past MONTH but with the side gig at night, packing and just life in general, I tackled it on Sunday morning. Uhm, came to a screeching standstill as Hubby must have changed the EdwardJones log in and I can’t import that stuff. Oh well. I’ll wait til he gets my frantic text and finish. Not very happy with what I’m seeing so far. So far, I’m not overly happy with the end results, yet again!

Ok, here’s what we got planned for the week ahead:

Sunday – Steak Bites with Roasted Potatoes. The Steak Bites are being made with the strip steaks I picked up dirt cheap at Walmart (check out THIS post!) and the taters are just wedges that I toss with olive oil and seasoning and baked. New pics, hopefully, of the Steak Bites as the post has crappy pics! 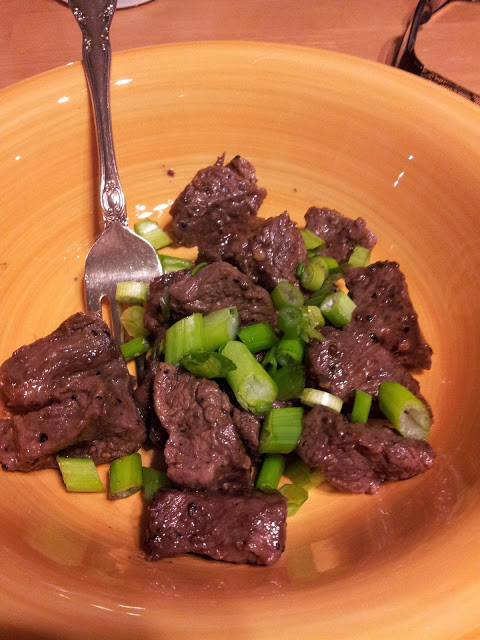 Monday – Shallot Chicken with steamed veggies in the rice cooker.  Hubby flies in around 6pm and I will just work a little later til he’s ready since the airport is 10 minutes from my office.

Tuesday – Taco Tuesday, what else? 🙂  Glad I picked up my lime LaCroix so I don’t fall for the Tequila Tuesday mode as well!

Thursday – Chicken and Asparagus … new recipe that I’m excited to give a try. Asparagus is in the freezer (Trader Joes) as is the chicken (Walmart)

Friday – Most likely chicken inspired which means we’ve eaten a LOT of chicken this week! I think I’ll let Hubby do BBQ Chicken Thighs, his favorite!

Saturday – Hubby’s choice but I’m fairly certain we will have friends over this evening … totally on Hubby tonight!

What are YOU making this week? Go check out Organized Junkie’s Menu Plan Monday party for lots more ideas!