Over Thanksgiving and Christmas this past year, I discovered my love for apple pie!

At 53, apple pie entered my life. I was the one saying “ooohhhhh, apple pie!”

And not so great for the waistline! 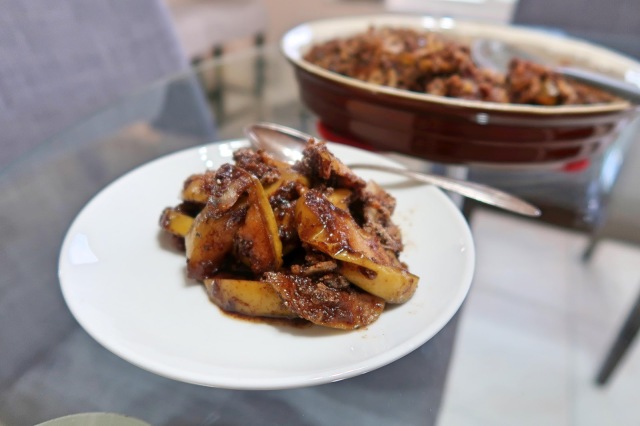 So when I came across this recipe in Pretty Intense, I bookmarked it and said I’m going to make that one day in the near future. It happened much sooner than most of my bookmarked recipes!

It’s an easy recipe and ended with great results. My pictures are horrible, only because I still have not gotten around to perfecting my picture taking skills, but I promise, it’s on my list of things to do! 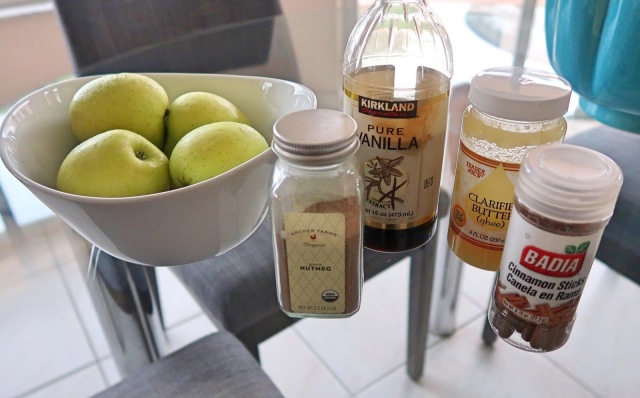 ahem, I didn’t use the cinnamon STICKS

Oh … do you know the differences between a Crumble and a Crisp? I would have called this a Crisp, but NOPE, it’s a Crumble … I much rather say crisp, but that would be incorrect! The Kitchn shares the differences in case you are wondering! 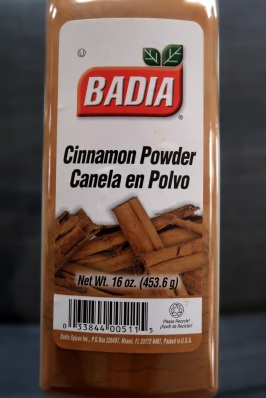 1.  I didn’t peel my apples and think next time I will. I just don’t like the cooked skin

2.  I think I’ll mix up all the seasoning mix in a separate bowl and add to the apples … I think it might mix better. Also, the chunky coconut flakes were good but threw the Boy off …

3.  I had to leave in the middle of baking, so I turned the oven off with 20 minutes left and picked up the 20 minutes and hour and half later when I got back home. Not the best choice but it worked! 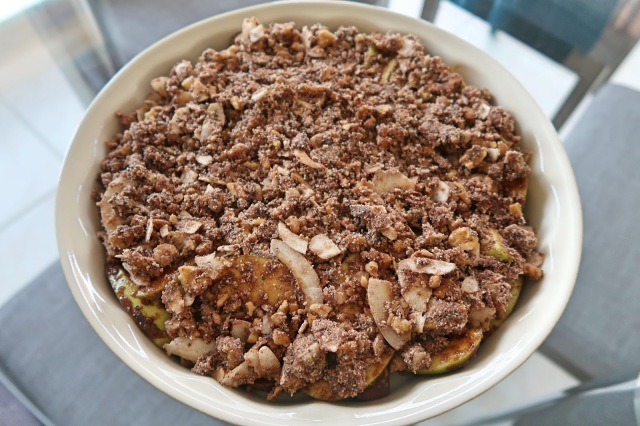 4 granny smith apples, cored and sliced (picked up at Aldi by the 3 pound bag at a cheap price of $ 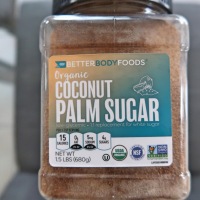 1/2 c chopped pecans (Publix, and then I saw a large bag in freezer)

So mix up all the apples, ghee, vanilla, cinammon, nutmeg and sugar in a bowl. Dump these into a baking dish and spread out in to an even layer.

Mix up your crumble/crisp stuff in another small and sprinkle this over the top fo the apple mixture.

Bake at 375 for 35 minutes until top is brown and apples are soft … let sit for a few minutes before you dig in, it’s HOT!

Looking
forward to sharing with some of these GREAT
Parties … go check them out!
*This
post may contain affiliate links … click
here to read my disclosure 🙂
#GrainFree    #DairyFree    #Paleo    #AppleCrumble